The store will not work correctly in the case when cookies are disabled.
Cookies help us deliver our services. By using our services, you agree to our use of cookies. Learn more
This website uses cookies to improve your experience while you navigate through the website. Out of these cookies, the cookies that are categorized as necessary are stored on your browser as they are essential for the working of basic functionalities of the website. We also use third-party cookies that help us analyze and understand how you use this website. These cookies will be stored in your browser only with your consent. You also have the option to opt-out of these cookies. But opting out of some of these cookies may have an effect on your browsing experience.

Uncharacterized PBMC can be reserved in large batches of up to 300 - 400 vials per human donor for repeated use obtaining consistent viability, recovery and functionality. 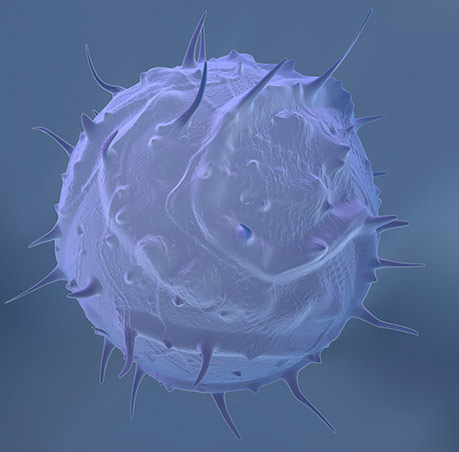 Our Cryopreserved PBMC are ideal for the following applications:

QC: Each batch has undergone thorough quality-control, making sure that the viability and functionality of each vial after thawing approximates that of freshly isolated PBMC. Each vial of Uncharacterized ePBMC® contains at least 10 million viable cells with less than 10% post-thaw dead cells.

Low-background, high-signal: Each batch has been selected for low-background activity and frozen serum-free, making sure that cellular assays performed with Uncharacterized ePBMC® cells provide results with high-signal to noise ratios.

Consistency: From each donor we freeze batches of hundreds of vials, with each batch functioning indistinguishably from each other. Therefore, unlike regular blood draws of your own where infections and environmental influences can adversely affect the PBMC performance, even when drawn at different time points from the same donor, ePBMC® give you the opportunity to work with the very same cell material experiment after experiment, over and over. If this reproducibility is important for you, simply let us know! We can reserve cells of the same lot for you.

No hassle: Uncharacterized ePBMC® have been ethically collected for you and can be used as common reagents, no IRBs needed because we’ve taken care of that. It takes a fraction of the time and effort to thaw and prepare ePBMC® for a bioassay compared to collecting blood and performing PBMC isolation.